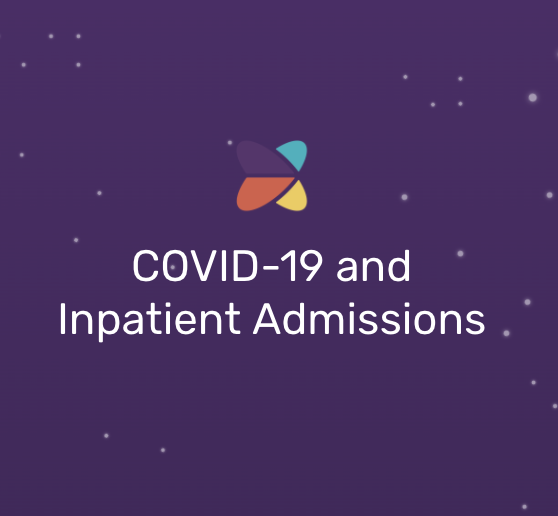 Iodine Software is a healthcare AI company that has pioneered a new machine learning approach—Cognitive Emulation—to help healthcare finance leaders build resilient organizations. Using Iodine’s CognitiveML™ engine, we reviewed inpatient admission data from 350+ facilities and 6M+ admissions. This analysis is a comparison of data from 2019, with data from the January 1 through May 19, 2020 timeframe.

Prior to the COVID-19 pandemic, hospitals were experiencing similar year-over-year levels of inpatient admissions for both elective and non-elective procedures. However, medical and surgical admissions began to decline in early March with admission counts dropping to their lowest point in early April. Following this sharp decline, both medical and surgical admissions began to recover but have still not reached their respective 2019 volumes.

This figure shows that both elective and non-elective inpatient admissions began a significant decline around the week of March 4, 2020. After hitting their lowest volumes during the week of April 1, admissions began to steadily increase but are still below 2019 volumes. Elective admissions are trending to be close to pre-COVID levels. 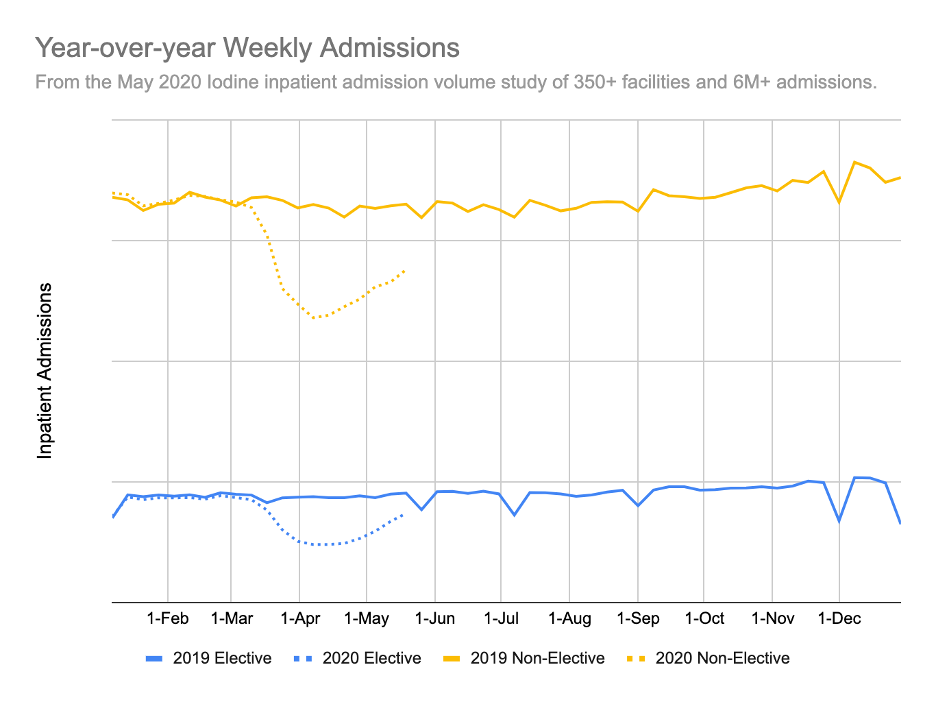 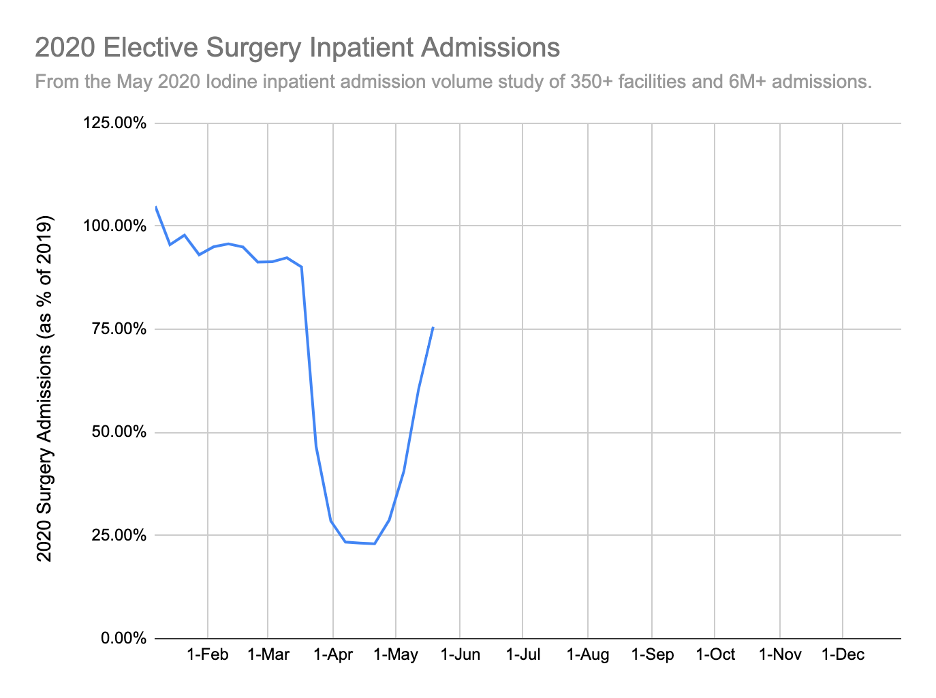 This figure analyzes selected elective admission types, omitting those with insufficient data, including palliative, pediatrics, and psychiatry. Maternity admissions, which are typically stable, remained relatively consistent with 2019 admissions. However, medical and surgical admissions began to decline around the week of March 4 and arrived at the lowest admission volume the week of April 8. Following this sharp decline, both medical and surgical admissions began to recover but have not reached their respective 2019 volumes. 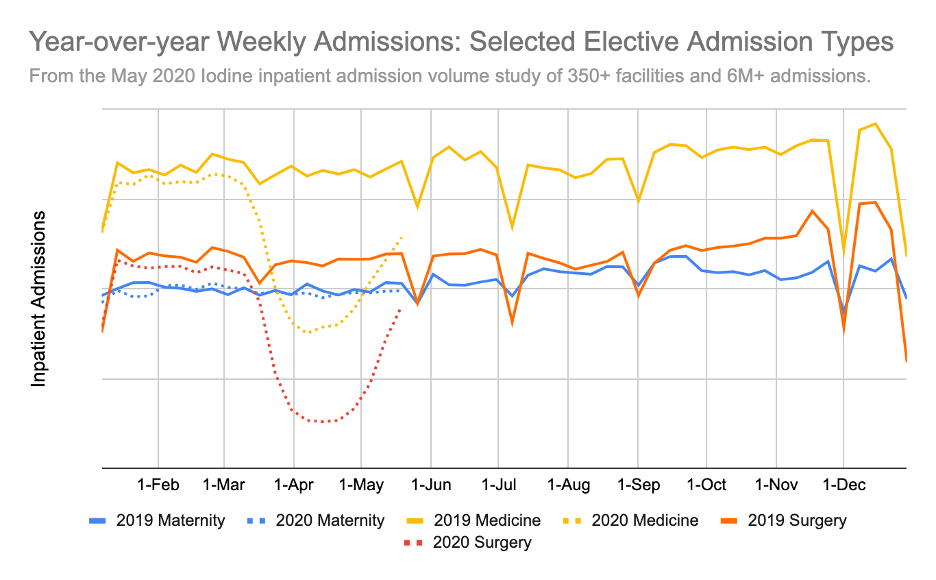 As Iodine showed in previous analyses, hospitals are experiencing a significant drop in expected overall reimbursement this year because of COVID-19. As hospitals exit the pandemic, medical dollars are expected to go down as COVID admissions decrease. Unless surgical volumes appreciably recover, we expect overall reimbursement to sink once more. In reviewing this information, it will be important for CFOs and Revenue Cycle departments to look at new strategies for operating in this “new normal”, both short- and long-term.

Retrospective Reviews: The Last Line of Defense for Documentation Integrity?

Each stage of the CDI documentation integrity process represents an opportunity for additional leakage of accurate and appropriate documentation, resulting ... Read More

Ready to get started?